RDR2 Emerald – Where to Find Green Gem and How to Use It? 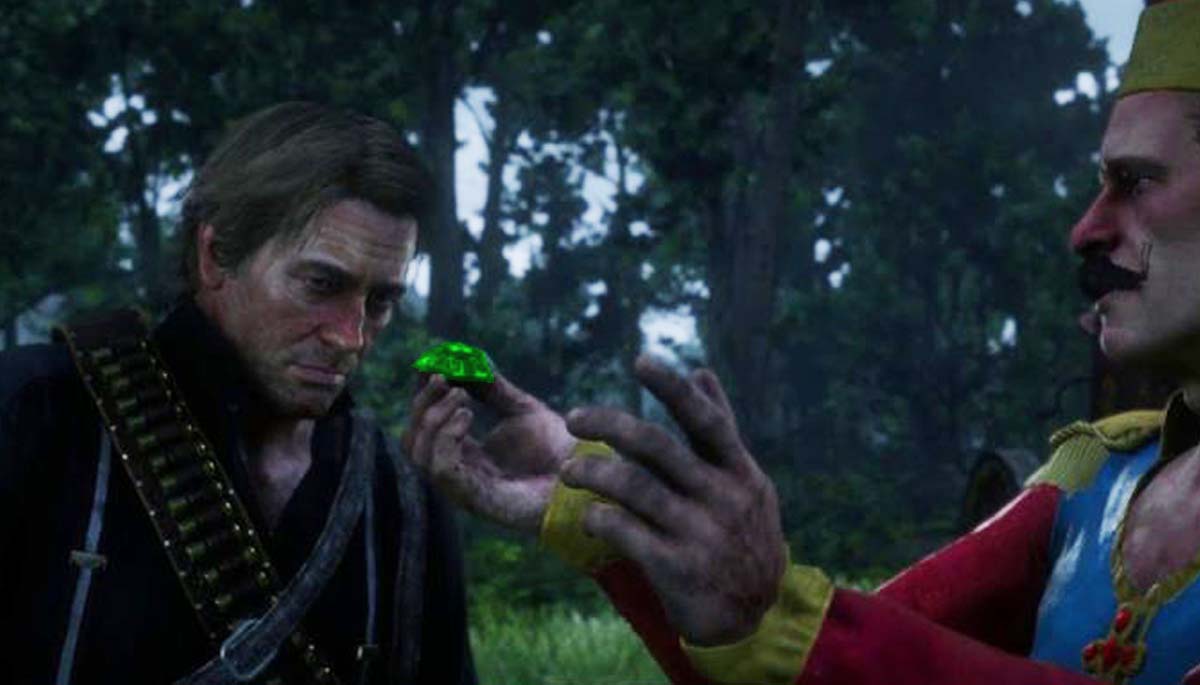 The RDR2 emerald is considered an extraordinary item rewarded post completing the ‘He’s British, of course.’ This stranger mission is now available right at starting chapter 3 of the video game that is primarily developed for PlayStation 4 and Xbox One and is formulated by Rockstar Studios.

The red dead 2 emerald is the item that was responsible for starting multiple debates as well regarding the exact value it and the usage of it in video games.

Some players claimed that rdr2 Emerald was fake; on the other hand, others suggested that the rdr2 emerald ranch was a mission-related value.

If you are also trying to solve the mystery about where you can find the red dead redemption 2 emerald, we will solve it for you. So let’s dive in and see where you can get it and how to use it.

Where can we find the RDR2 emerald?

As stated above, you could get the rdr2 emerald ranch or Emerald from Margaret when you have completed all the four parts of the ‘He’s British, of course’ mission. This mission is considered to be exceeding hilarious and also does reveal the facts that Margaret, is the NPC that is responsible for running the entire circus, is, in reality, a crook.

Even Margaret is not real, rather fake since he often poses like a woman. If you are observant and end up following the questline, you will quickly find out that all the lost animal Margaret are fake! The NPC uses a dummy painted mule to fool around people that it is a Zebra.

However, it is essential to complete the mission. He’s British, of course’, as this gives the player permission and accessibility to kill the lion (That is a real one), from which the players can end up retrieving the lion paw.

This is the item required for Lion’s Paw Trinket that can be crafted at the fence. Along with the lion paw, the player will also be awarded from Margaret. This reward is something you have been waiting for, ‘The Green Emarald.’

How to make use of the RDR2 green Emerald?

Many assume that the Emerald is primarily related to a mission, but we believe it is safe to sell the green Emerald because its value is the one offered at the fence.

There are evidences, or we can say assumptions, which claim that the Emerald is fake, and Arthur, who is not a specialist in Gemology, took no time in identifying it.

An article also stated that Louis T. Abresson had disappeared in Guarma while looking for the largest Emerald ever discovered. However, with this instance, there is an obvious question that pops up, and that is, if one can find Louis T. Abresson and give him the Emarald, then they receive the Margaret. However, there seems to be no relation between this item and Louis T. Abresson.

I hope you got all your answers related to RDR2 Green Gem. If you have any doubt, please comment below and don’t forget to share it with others.